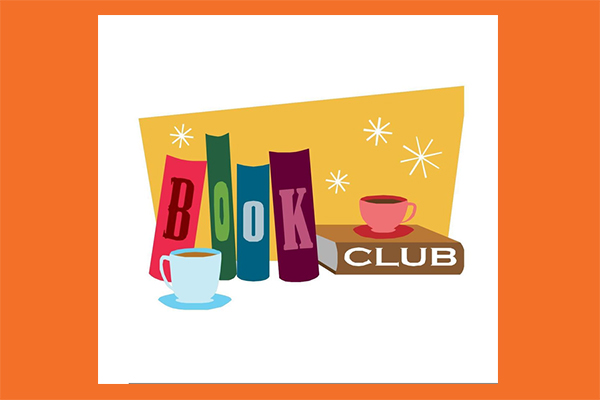 Barnes is clearly a hot-bed of book group activity. Almost everyone I know belongs to one – some to more than one. I have done a very unscientific calculation – based on population, age, socio-economic and gender data to estimate that there are at least 45 book groups active in Barnes. Venetia of Barnes Books offers 10% off the price of their chosen books if at least 10 books are ordered. She gets orders from around a dozen book groups. My book group has not been able to take up this offer as some of us tend to read on Kindle and others use the local library.

The majority of book group members are women, I know of one men-only group and none that include men and women. It would be great to hear from male or mixed groups.

How are your book groups run? This really differs from group to group. Some focus more on the food and drink and the gossip than the book, others are very serious and have members of the group presenting very thoughtful analyses on the literary merits or otherwise of the book. All have different ways of choosing their books. I have a friend who is a member of the Mill Valley Reading Group (California) who each bring 3 suggestions to their January meeting each year, they have a good debate and then agree the books for the year and then produce a laminated card for each member – very organized!

Richmond libraries are very keen to support Reading Group activities. They are building up a database of local groups and provide information on titles that they have 12 + copies of.  They have some interesting groups operating out of various libraries e.g. a crime book group which was meeting monthly at Castelnau library.

Everyone agrees that one of the great benefits of being in a book group is being introduced to an amazing range of books that one wouldn’t otherwise read. I have been in touch with about 12 groups, asking them what they have been recently reading and what their recent favourites have been. What an eclectic range of titles. I am not going to list them all but I have tried to identify the titles that pop up frequently across groups:

Fleishman is in Trouble Taffy Broddesser–Akner

The Tatooist of Auschwitz Heather Morris

The Silence of the Girls Pat Barker

Where the Crawdads Sing Delia Owens

What do these have in common? All fiction and almost all these authors are women!

In terms of favourites these are the ones that get repeated several times:

All the Light We Cannot See Anthony Doerr

A Gentleman in Moscow Amor Towles

Can you spot any trends?

I have been talking to local Barnes resident Professor Jenny Hartley, who many of you know. She was one of the first academics to research this area of activity and her book Reading Groups was published by OUP in 2001.

Jenny was involved in setting up Prison Reading Groups back in 2000 with Sarah Turvey, a colleague from Roehampton University.  This project was set up to start, fund and support reading groups in prisons.  It now runs groups in over 40 prisons and supplies over 3000 books a year to support them. Information on this project can be found at:

Since 2017 it has been part of the charity Give a Book:

Jenny is still working with two prisons, Wormwood Scrubs and Send women’s prison near Woking. She works closely with the librarians at both prisons and until the lock-down was running reading group discussions on a regular basis with around 12 prisoners in each group. The lock-down has of course made this impossible. Libraries are closed and there are no opportunities for prisoners to come together.

Books are still being sent to the prisons and virtual discussion groups have been set up. The first book discussed after lock-down at Wormwood Scrubs was Lord of the Flies, this had been chosen by the in-mates in February.  They have moved on to A Very British Scandal and next is Noughts and Crosses.

The Send inmates are reading Where do you go Bernadette a 2012 epistolary comedy novel by Maria Semple.

It would be great to hear from book group readers – you can do this via our Facebook BLS Book Group page. Email [email protected] to join the group.