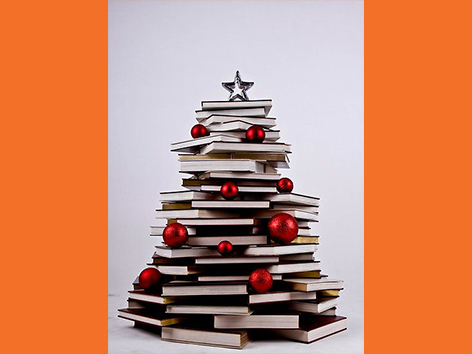 Maggie O’Farrell’s Hamnet has been crowned Waterstones’ Book of the Year 2020, claiming victory over the shortlist by ‘an overwhelming majority’. This  book which focuses on the short life of Shakespeare’s son has already won the Women’s Prize for Fiction 2020. Waterstones’ employees selected it as the title they have most enjoyed recommending to customers over the past year. It is one of the best books I have read recently so I really recommend it as a Christmas gift.

Last year Waterstones chose The Boy, The Mole, The Fox and the Horse by Charlie Mackesy. This book is still selling well and continues to be another good gift choice.

You might also like to consider Tiger, Tiger, Burning Bright! An Animal Poem for Every Day of the Year from Britta Teckentrup and Fiona Waters.

You may have already read Richard Osman’s The Thursday Murder Club which is still top of the charts. Having just finished reading it I can totally understand why it has been so successful. It is a totally joyful read, really laugh out loud funny at times.  A real surprise. In case you don’t know it is set in a retirement village with a group of delightful sleuths working on a number of potentially linked deaths.

A crime writer I have recently discovered, via BBC’s Between the Covers programme, is Steve Cavanagh and his most recent title Fifty-Fifty. This is set in New York and focuses on two sisters who both claim the other killed their father who happens to be the mayor of New York. It has been described as a masterfully unpredictable high-concept page-turner.

If you are a fan of Lee Child you will know that he is passing the baton to his brother, Andrew Child. Lee is starting the process with a collaboration, The Sentinel, which has raced up the charts.

Another crime title that intrigues me is Murder in Mustique by Lady Anne Glenconner whose recent autobiography, Lady in Waiting, was a huge success. This is a crime story set on the island paradise of Mustique featuring and detective heroine remarkably similar to the author – it has been described as ‘like slipping into a bath after a long, cold day’.

If you are looking for non fiction I recommend Craig Brown’s One, Two, Three, Four: The Beatles in Time. This biography of the Beatles  has just won the prestigious Baillie Gifford Prize for non-fiction. There are hundreds of books about the Beatles but this one takes a new approach, it is a group portrait in a number of short vignettes which gives a new spin on their lives. Reviews have been excellent. It is now in my pile of books to read over Christmas.

Another brilliant title is Ben Macintyre’s Agent Sonya. None of his books disappoint and his latest has had marvelous reviews. Housewife, mother and communist spy, this is a captivating story of the secret agent who travelled the world with kids in tow, fooled MI5 and passed atomic secrets to the USSR.

And of course Barack Obama’s A Promised Land is flying off the shelves. This takes the reader from his childhood to the May 2011 killing of Osama bin Laden. A second volume will follow.

Jilly Cooper’s Between the Covers sounds like a great Christmas read. This book is about ‘sex, socialising and survival’ and is a collection of Cooper’s newspaper columns from the 60s and 70s, ‘bitchy, saucy, insightful and, most of all, great fun. I am sure that a lot of you BLS members remember her column in the Sunday Times at that time.

I’ve heard Peter and Ann Snow discuss their latest book Treasures of World History on Dan’s History Hit podcast. It sounds fascinating. It features 50 key documents from 2800 BC to 2013, their significance on history and civilisations.

If you are considering a cookery book there is a big choice with all the major cookery writers having a book out for Christmas. The best selling one is Nigella’s Cook, Eat, Repeat. I haven’t bought the book but am enjoying the TV programmes. Mary Berry is the next bestseller with her Simple Comforts, then Nadiya Bakes and 7 Ways from Jamie Oliver.

And finally why don’t you prepare for the next four BLS speaker events:

Professor Helen Taylor – Why Women Read Fiction: The Stories of our Lives