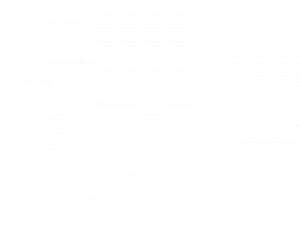 Poor Wilhelmine and Otto. Their house burnt down. It happened when the Students were

setting fire to books in Naumberg. Someone poured petrol onto the pyre, and whoosh. Out

of control. So they lost everything. Now they are staying with our neighbours, the

Albrechts. Dietrich Albrecht, their son, is very important. He works for the SiPo, the

They are living in the apartment across the hallway. We are on the fifth floor. There are two

apartments on each floor. It is difficult for Wilhelmine with her knee, as it is 83 steps. My

Mutti and Vatti have been helping them. They come to us for tea every day, Mutti makes

them bread and kuchen, which is nice for them, but often there’s none left for my breakfast.

Vatti has lent Otto his best coat, the one he wears for church, and Mutti has given

Wilhelmine the jumper she had just finished knitting for me.

Last night I was asleep. Suddenly it felt ice cold down my spine. I was scared. I climbed

under the cupboard. There was shouting in the street and very loud banging. I could hear

bootsteps on the stairs coming closer and closer. Then hammering on our front door. It’s

not very strong. I heard it splinter.

Shouting. My Vatti replying that we had voted for the party. Leave us alone. More bangs.

People going down. Then there was quiet. The door creaked. I heard the tap running, and

the light switch. I slithered out. Everything would be alright. I saw two shadows sitting at the

The chair scraped back. It was Wilhelmine.

“Otto” she yelled, “get them back, they’ve left the snivelling kid”.

12.59pm. We are now the final surviving six contestants. It could be over in the next sixty seconds. One person left standing, or maybe six. How the sadistic producers love it. How the 60 million people all tuned in to watch, love it.

The game started at 1.00pm yesterday. Sixty of us were tracked and hunted over the hills by teams with dogs and scrutinised by camera crews in helicopters. Kill or be killed. We just had to survive and reach this grid reference point on the hill. The mantraps set for us and by our fellow competitors had been deadly.

I had only survived by being cautious and using every ounce of guile I possessed. Survival was the name of the game. The six of us look like the exhausted and cornered animals that we have become. We are all surviving on basic instincts and are so exhausted our brains are barely working.

Our final task is to rearrange thirteen letters OATMEALSLOTTO to create the correct phrase on the screen of our lethal electronic ankle tags. We must solve this before the digital display reads 01.00pm otherwise the tag detonates, blowing us to pieces.

Yes, no doubt the macabre fascination of the producers watching the desperation of the losers, as the time runs down, is matched by seeing any survivor’s disbelief.

ALMOST TOO LATE – I get it! Just as the clock runs down 12.57, 12.58, 12.59 and then explosions happen simultaneously. Are there five or just four? I can’t be sure. In these final seconds, I think I might be through this – that I might have won – but I don’t trust anything anymore.

The smoke is clearing and my hearing is coming back when I see someone rushing towards me with a raised rock.

It was always the men who did the leaving, the women who stayed put. Men needed a safe haven to escape to, women feared sailing forth from theirs. These were the thoughts which had turned in Cathy’s head for years.

But this morning, as she stepped across the threshold on to her garden path, Cathy suddenly felt convinced that she had been wrong.

Just going outside on her own made every one of her senses come alive. Never had the dawn chorus sounded so loud or the sky seemed so blue. Never had the moment felt so right.

If leaving was this easy, why hadn’t she done it before? Today, Cathy had woken up, listened to the snoring of the sleeping man by her side, and then climbed out of bed and gone downstairs.

She had picked up her coat from a row of hooks in the hallway. In the right pocket was an Oyster card and a crumpled piece of paper which was always kept there. She wasn’t sure why. She opened the front door and closed it behind her.

Cathy had always felt that it was too late, but this morning it only felt like it had been almost too late. Now, she realised, it wasn’t too late at all. She could turn her back on this life.

She strode down the street, pushing her grey hair behind her ears. She stuck out her arm for an approaching bus, pulled out her Oyster card to show the driver. He shook his head. “That’s a bit of paper, love. It’s got your name and address on it.

“You did the same yesterday.”

Cathy, confused, looked down. Her pyjama bottoms flapped in the gentle morning breeze. And pink sheepskin slippers peeped out from under the folds of fabric.

A further nine entries were commended by the judges. These can be found under the ‘Blog’.