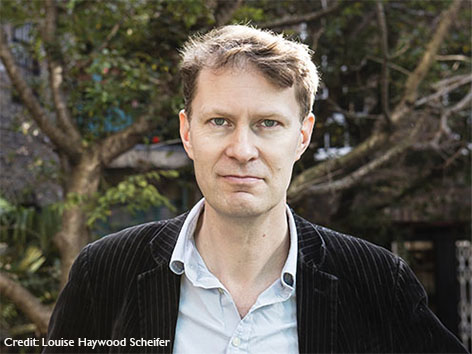 Shadow State: Murder, Mayhem and Russia's Remaking of the West

No terrorist group has deployed a nerve agent in a civilian area or used a radioactive mini-bomb in London. The Kremlin has done both. Shadow State is a gripping investigative account of how Russia’s spies helped elect Donald Trump, backed Brexit, murdered enemies and threatened the very basis of western democracy.

The operatives come in disguise. They pose as tourists, journalists and businessmen. Utterly ruthless, sometimes bungling and always ambitious, they roam from Salisbury to Helsinki, Ukraine to the Central African Republic, London to Washington. Shadow State is a riveting and alarming investigation into those spies and the way Russia has used them to wage an increasingly bold war in the UK and beyond.

The Kremlin has attempted to reshape politics in their own mould; the future of Western democracy is at stake as a result.

Luke Harding is an award-winning foreign correspondent with The Guardian and a #1 New York Times bestselling author. Between 2007 and 2011, he was The Guardian’s  Moscow bureau chief; the Kremlin expelled him from the country in the first case of its kind since the cold war. He is the author of Collusion, A Very Expensive Poison, The Snowden Files, and Mafia State, as well as co-author of WikiLeaks and The Liar (nominated for the Orwell Prize). Two of Harding’s books have been made into films: The Fifth Estate and Snowden.

‘If you doubt that hostile foreign powers were happy to assist Britain into decline I recommend Shadow State…dazzling and meticulous… breath-taking’, Nick Cohen, Observer