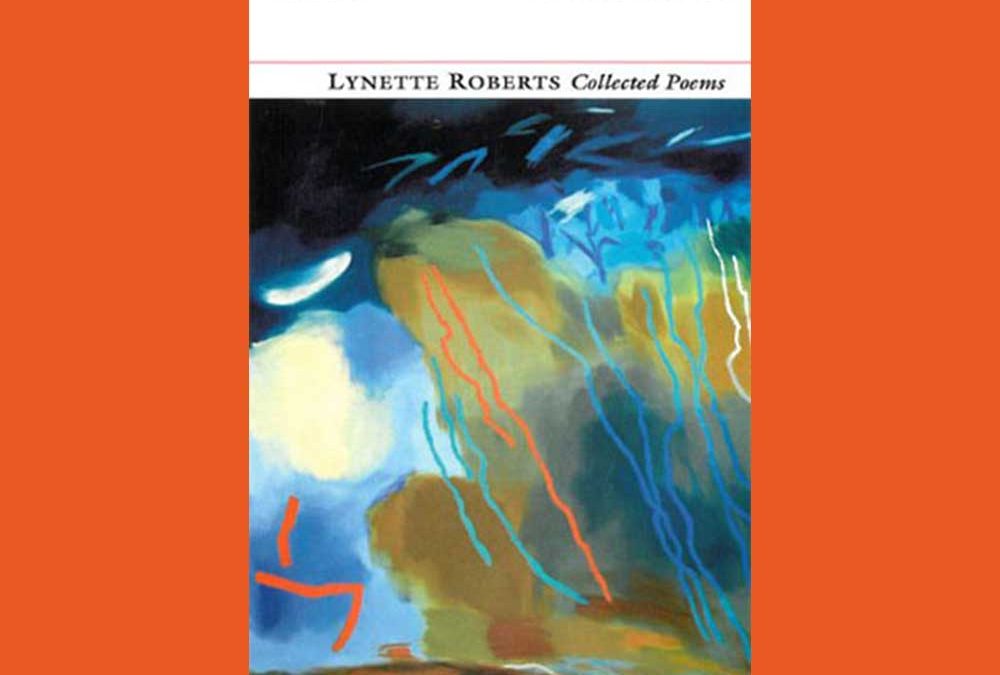 To celebrate VE Day I thought I’d take this opportunity to post about an extraordinary poem by Lynette Roberts, the Welsh modernist poet. Roberts published two books of poetry with Faber and Faber in 1944 and 1951. She became friends with her editor, T.S. Eliot, and was also good friends with Robert Graves who called her ‘one of the few true poets now writing. Her best is the best.’ Unfortunately, she stopped writing following a mental breakdown and by the time of her death in 1989 was largely forgotten, her books out of print.

Gods with Stainless Ears is a long poem comprising of five sections so I haven’t reproduced it here but you can find it easily on the internet.

Lynette Roberts wrote the poem between the years 1941 and 1943, during the Second World War, although it was only published six years later by T.S. Eliot at Faber. Roberts is a war poet in that she describes all aspects of the turmoil and devastation that war wreaks but unlike other home front poets who often reflect a patriotic view of the necessity of war, Roberts creates a pacifist’s argument. She describes the pain and discomfort of soldiers in camps, coupled with the disruption experienced by local communities left behind, to reaffirm that peace is a better alternative to war. To express these pacifist views Roberts utilises a ‘modern voice’, capable of asserting the brutal, futile nature of war.

Roberts was unusually placed to document the war. She was born in Argentina to parents of Welsh origin but moved to England with her parents, during the First World War. After marrying Keidrych Ryhs, the editor of Wales, the poetry journal, in 1939, she moved to live in a rural village on the outskirts of Swansea, a strategically important military city in West Wales. Roberts’ view of the war is thus coloured by the fact that she is an outsider in more ways than one.

Her unusual perspective is matched by her unusual writing style. The few studies on Roberts’ poetry that have been completed since the 90s, comment extensively on her original and eccentric use of language and imagery, in particular her technique of ‘super-charging’ the lines, so that lines are crowded with images, often dissociated ideas, which means that a precise interpretation can sometimes be difficult to glean. ‘Super-charging’ gives precedence to the sound of the lines over meaning, so that often, as Eliot noted, her poems communicate before they make sense. Analysis of ‘Gods’ suggests that Roberts’ intention was to construct the poem in this way, to reflect the chaos of war.

Roberts admits a use of ‘congested words, images, and certain hard metallic lines’, ‘with deliberate emphasis to represent a period of muddled and intense thought’ arising from the first years of the conflict. This echoes the sentiments of early modernists, who following the First World War, in the words of Ezra Pound, felt ‘The age demanded an image / Of its accelerated grimace / Not, not certainly, the obscure reveries / Of the inward gaze’. Pound believed that a new age required a new poetry that could cope with the chaos of the upturned world, and that the old poetry, the Victorian way of writing, was not sufficient to fulfil this requirement. Roberts’ need for ‘congested words and images’ to describe the intense disruption and confusion of the Second World War echoes the need Pound found for a new ‘image’ following the First World War.

The poem is published with short ‘Arguments’ preceding each section. These were recommended by T.S. Eliot and do help with interpretation. I think it’s a wonderful poem, I hope you enjoy it too.

This is an excerpt from a longer essay ‘The Masculine/ Feminine Binary in Gods with Stainless Ears by Lynette Roberts’ by Jo Weinberger. Please email [email protected] for a copy of the full text including references.