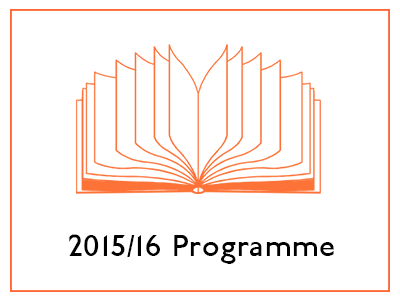 October 2015: Rachel Billington
Glory: a story of the personal legacy of Gallipoli

November 2015: Rob Cowen
Common Ground: rediscovering the world around us

February 2016: Sue Roe
In Montmartre: the world of Picasso and Matisse

March 2016: Diana Darke
My House in Damascus: An Inside View of the Syrian Crisis

April 2016: A literary trail in the City of London with Robert Woolf

May 2016: Sonia Purnell
Clementine Churchill: trials and triumphs of a political consort