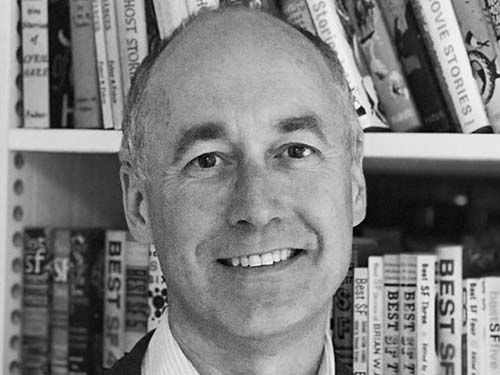 Faber and Faber - The Untold Story

It is really no surprise that writing has become the chosen career of Toby Faber, grandson of Geoffrey Faber, founder of the well-known publisher.  His latest book Faber and Faber – the Untold Story, was published in 2019 to celebrate the firm’s ninety years in business. This illuminating epistolary history based on original documents in the Faber archive – letters, memos, diary entries, board minutes – reveals some interesting gems, Eliot’s magnificent reading reports, Samuel Beckett on swearing, P.D. James on tasting her first avocado and Philip Larkin’s reluctance to attend poetry readings.  We get an insider view of publishing past to present, as it used to be with its long lunches and cranky old book-lined offices, and how it has changed over time.

Born in Cambridge in 1965, Toby studied Natural Sciences at Cambridge University.  His first job was in investment banking, from where he moved into Management Consulting.  This experience prepared him for his position at Faber as Managing Director, stepping down after five years to focus on writing full-time.  Still keeping a toe in the water, he remains on the Board as well as being Chairman of Faber Music. In addition to his book about Faber and Faber, he has two other narrative histories under his belt, Stradivarius – Five Violins, One Cello and a Genius, and Faberge’s Eggs. His published histories have led him to become a sought-after public speaker, indeed since 2012 Toby has been a lecturer for the Arts Society. His writing repertoire includes a crime thriller Close to the Edge also published in 2019.

Battling the Great Depression, wartime paper shortages and financial crashes, Faber and Faber: the Untold Storycharts the development of the firm from a publisher of mostly books and journals for nurses to one of the foremost independent literary publishers of our time. Along the way we get insights into  how the twentieth-century literary canon was formed.  Names such as Pound, Auden, Joyce, Lowell, Plath, Hughes and Larkin, to name but a few of the giants of literature, form the backbone of Faber’s early twentieth-century lists.

Writing about his grandfather, Toby reveals that he had an instinctive understanding of finance, an important prerequisite in a notoriously precarious business. Just as vital a skill was the ability to get the best from his fellow directors, the key figure initially being T. S. Eliot, whose work the firm published.   Constant re-invention meant that Faber continued to build on its early literary successes.  Under the editorial flair of Robert McCrum in the 1980s, Faber managed to acquire a stable of first-rate authors, who are now considered to have produced recent classics, names such as Peter Carey, Kazuo Ishiguro, Mario Vargas Llosa, Paul Auster and Milan Kundera. It is no mean achievement that Faber and Faber is the last of the great early twentieth-century publishing houses to remain independent. 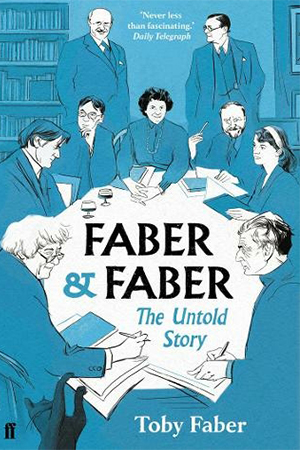