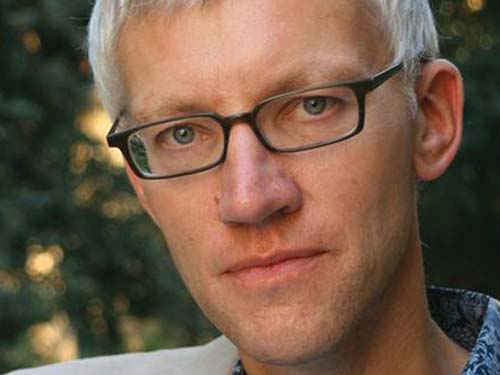 Tom Holland is an award-winning historian, biographer and broadcaster who has published best-selling books on topics including classical and medieval history and the origins of Islam. His latest book Dominion: the Making of the Western Mind, published in September 2019, explores the enduring effects of Christianity on Western thought. Ranging in time from the Persian invasion of Greece in 480 BC to the on-going migration crisis in Europe today, he examines what it was that made Christianity so revolutionary and disruptive an influence and why in a West that has become increasingly doubtful of religion’s claims, so many of its instincts remain irredeemably Christian.  Whether you are atheist, agnostic or believer, Tom’s argument could hardly be more topical.

Widely regarded as one of the leading popular writers on the Ancient World, he has been admired for his gift for summoning up the colour, characters and animation of the past without sacrificing factual integrity.  Barnaby Rogerson reviewing his 2012 book In the Shadow of the Sword in the Independent called him ‘a divertingly inventive writer with a wicked wit … [recalling] something of both Gibbon and Tom Wolfe in his writing’ and Dennis Drabella reviewing Dynasty: The Rise and Fall of the House of Caesar in the Washington Post in 2015 praised him as ‘a master of narrative history’.

In addition to his writing, he has worked with the BBC and Channel 4 to create and host historical documentaries including Islam: the Untold Story, based on his book of the same title, and Isis: the Origins of Violence.  Tom has also created adaptations of classical authors such as Homer and Herodotus. Listeners to Radio 4 may also have heard him presenting Making History, the popular history series connecting up the past with the present.

Although Tom is best known as a scholar of the ancient world he has many other passions, including cricket and campaigning to save London’s hedgehogs, something dear to the hearts of many Barnes residents.