VE Day – All Day It Has Rained… by Alun Lewis 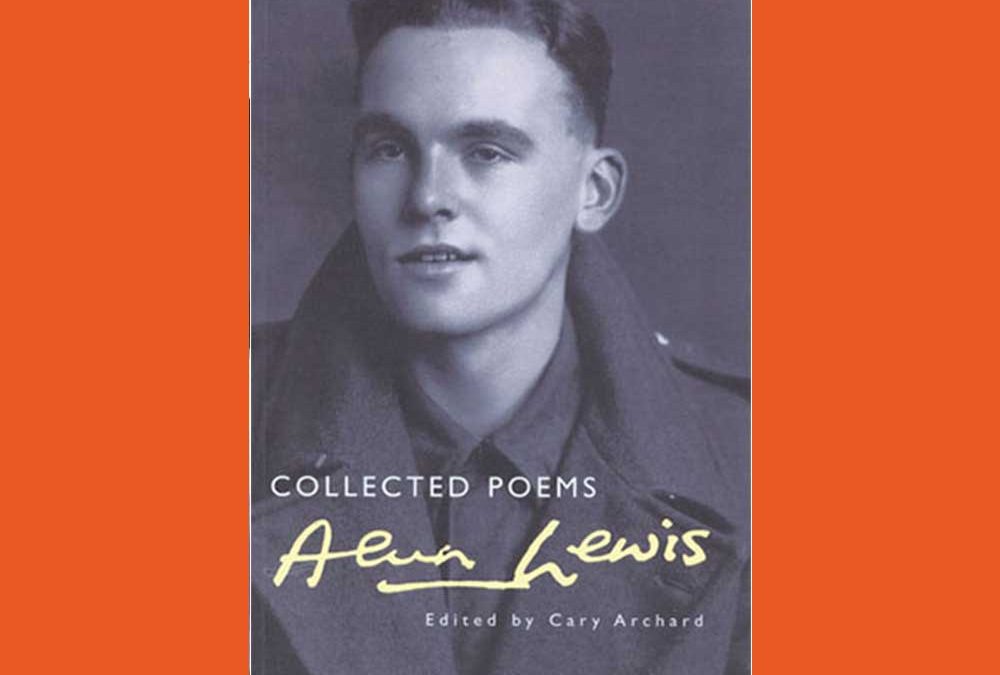 Alun Lewis was a Welsh poet who came from the mining community of Cwmaman in the Cynon Valley. Following scholarships to Aberystwyth and Manchester Universities he became a journalist, poet and short story writer. Despite being a pacifist, Lewis enlisted in the army in 1940 and served in India and Burma. He battled depression and died at the age of 28 in Burma, probably by suicide.

Lewis wrote All Day it has rained … whilst stationed at an army camp in Hampshire. Steep in Hampshire was where the first world war poet Edward Thomas lived and in this poem Lewis invites a connection between himself and Thomas, author of the poem Rain.

All Day it has rained …

All day it has rained, and we on the edge of the moor.

Have sprawled in our bell tents, moody and dull as boors,

Groundsheets and blankets spread on the muddy ground

And from the first grey wakening, we have found

No refuge from the skirmishing fine rain

And the wind that made the canvas heave and flap

And the taut wet guy-ropes ravel out and snap.

All day the rain has glided, wave and mist and dream,

Drenching the gorse and heather, a gossamer stream

Too light to stir the acorns that suddenly

Snatched from their cups by the wild south-westerly

Pattered against our tent and our upturned dreaming faces.

And we stretched out, unbuttoning our braces,

Reading the Sunday papers – I saw a fox

And mentioned it in the note I scribbled home;-

And we talked of girls, and dropping bombs on Rome,

And thought of the quiet dead and the loud celebrities

Exhorting us to slaughter, and the herded refugees;-

-Yet thought softly, morosely of them, and as indifferently

As of ourselves or those whom we

For years have loved, and will again

Tomorrow maybe love; but now it is the rain

Possesses us entirely, the twilight and the rain.

And I can remember nothing dearer or more to my heart

Than the children I watched in the woods on Saturday

Shaking down burning chestnuts for the schoolyard’s merry play,

Or the shaggy patient dog who followed me

By Sheet and Steep up the wooded scree

To the Shoulder o’ Mutton where Edward Thomas brooded long

On death and beauty – till the bullet stopped his song.