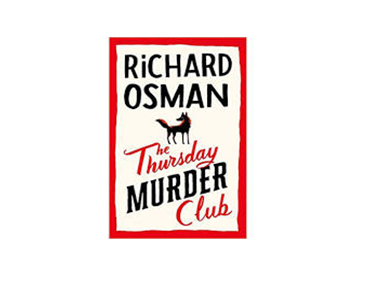 The BBC2 has recently launched Between the Covers on Fridays at 7.30. The seven episodes are hosted by Sara Cox with four celebrity guests who discuss one particular Book of the Week title, their own recently published book, their favourite book and favourite fictional characters. I have watched the first one with guests Sarah Pascoe, Tom Allen, Phil Wang and Sophie Ellis Baxter. Despite a lot of content I really enjoyed the programme, it is funny and entertaining, and I will now recommend the Book of the Week, Matt Haig’s The Midnight Library, to my book group.

I’m not sure what my thoughts are on this week’s top selling book title. It is This is Me by Mrs Hinch. Have you discovered the Hinch books? They are all about how to produce a super clean and tidy home, she is described as a cleaning influencer with thousands of Instagram followers. 91,000 copies of her latest book (an autobiography) were sold in the first week of publication, the fastest selling title in 2020. I suppose this is a sign of having too much time at home.

The second fastest selling title is Richard Osman’s The Thursday Murder Club. This has had a lot of publicity so you may already have heard about Osman’s first published book. Is the Barnes reading market ready for this? Penguin Books: “In a peaceful retirement village, four unlikely friends meet up once a week to investigate unsolved murders. But when a brutal killing takes place on their very doorstep, the Thursday Murder Club find themselves in the middle of their first live case. Elizabeth, Joyce, Ibrahim and Ron might be pushing eighty but they still have a few tricks up their sleeves”.

Lee Child has been in the news a lot over recent weeks. I have seen him at the Cheltenham Literature Festival (on-line) and being interviewed on 5 X 15 .  He has mostly been talking about handing over the Jack Reacher franchise to his brother. Their first joint title, The Sentinel, is being published at the end of October.

5 X 15 is an initiative set up by Rosie Boycott, Daisy Leitch and Eleanor O’Keeffe. Currently they producing an almost weekly on-line event featuring a range of really interesting authors. Do sign up at https://www.5×15.com .