The Booker Prize and other literary prizes 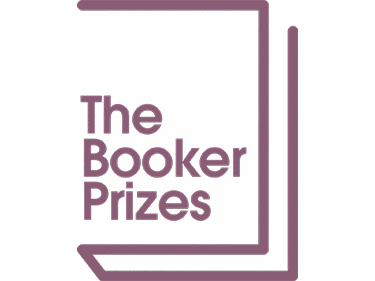 The latest Booker shortlist was announced in mid September. This was variously described as diverse, fresh, and baffling. A lot of observers were dismayed by the absence of twice-winner Hilary Mantel.

This is probably the best known fiction prize in the UK. It was launched in 1969.The winner of The Booker Prize receives £50,000 and, like all the shortlisted authors, a cheque for £2,500 and a designer bound copy of their book. Fulfilling one of the objectives of the prize – to encourage the widest possible readership for the best in literary fiction – the winner and the shortlisted authors now enjoy a dramatic increase in book sales worldwide.

The first winner was P H Newby for Something to Answer For – yes me neither! 1970 was Bernice Rubens for The Elected Member.  Another unknown. Then an author I have heard of – V S Naipaul for In a Free State. Looking at all the other winners I find I have heard of all of them – but did some of them only come to prominence through winning? I think this would apply to Arundhati Roy (God of Small Things) in 1997, Yann Martel (Life of Pi) in 2002, DBC Pierre (Vernon God Little) 2003, Kiran Desai (The Inheritance of Loss) in 2006,  Aravind Adiga (The White Tiger) in 2008, Eleanor Catton (The Luminaries) in 2013, Marlon James (A Brief History of Seven Killings) in 2015, Paul Beatty (The Sellout) in 2016, George Saunders (Lincoln in the Bardo) in 2017, Anna Burns (The Milkman) in 2018 and Bernadine Evaristo who won jointly with Margaret Attwood in 2019 for Girl Woman Other.

In 2018 the Golden Man Booker Prize was awarded to Michael Ondaatje for The English Patient.

I’ve spotted a trend – most of the winners over the last 10 years were unknown until they won. This will be the case again this year.

There are four debut novels, four by women, four from authors of colour, four published by independent presses. Three of the authors were born in the US, two others live there and one, Tsitsi Dangarembga is currently on bail in her native Zimbabwe. There are no previous winners on the list and for the first time in 23 years no previous shortlistees. Some have raised concerns about the lack of British writers.

Booker Prize controversies have kept the prize in the news.

In November 1972, winning author John Berger protested against Booker McConnell’s (sponsor of the prize) activities in the Caribbean by donating half of his £5,000 prize to the British Black Panther movement.

Perhaps the biggest literary battle came in October 1980, when William Golding (Rites of Passage) squared off against Anthony Burgess (Earthly Powers). Burgess refused to attend the ceremony unless he could be guaranteed a win. He couldn’t, and Golding triumphed on the night.

And the latest news is that the announcement of the winner has been postponed by two days to 19th November to avoid clashing with the publication date of Barack Obama’s memoir.

Nina Stibbe recently won the Comedy Women in Print Prize for Reasons to be Cheerful. Stibbe was described as “a master of bathos, and of juxtaposing two unlikely sentiments in a way to make you howl with laughter”.The runner up was Candice Carty-Williams for Queenie. Ruth Jones, screenwriter, novelist and actor, was named ‘Witty Woman of the Year’ for Us Three and the prize for Humorous Graphic Novel went to Posy Simmonds for Cassandra Drake.

You may already be aware that Maggie O’Farrell  won the Women’s Prize for Fiction with her ‘exceptional’ novel Hamnet, inspired by the life and death of Shakespeare’s only son. The novel is set in 1596 and tells the story of Agnes Hathaway, of Shakespeare’s lost son and a their life in Stratford Upon Avon. This is a really great read.