The Snow Kimono by Mark Henshaw 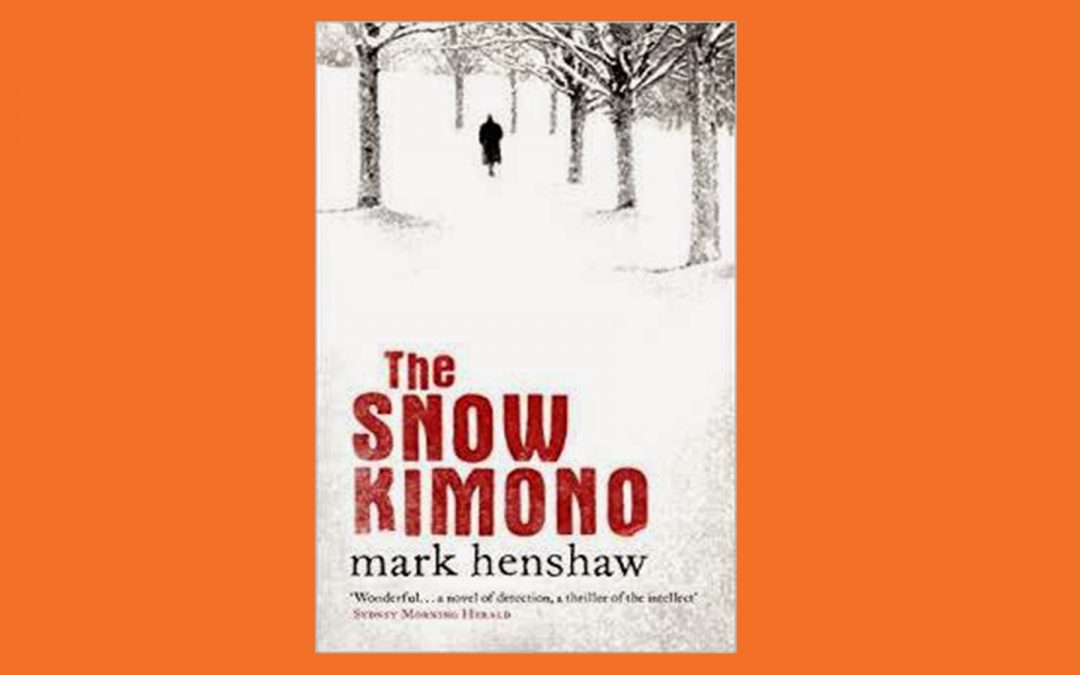 The Snow Kimono by Mark Henshaw, published in 2014 by Tinder Press

‘In Japan, we have a saying:  If you want to see your life, you have to see it through the eyes of another.’

Spoken by one of the main characters early on, this provides the rationale for the narrative of The Snow Kimono, in which Henshaw intertwines the stories of a retired French police inspector and two Japanese former friends.  Each one has something to teach as well as to learn.  All have deceived others. All have secrets.

The story begins in July 1989 in Paris, where Inspector Auguste Jovert has recently retired  from the police after thirty years of service. Having lost his wife and son, and with time on his hands, he is feeling lonely and isolated.  Out of the blue he receives a letter from a woman claiming to be his daughter. Two days later he returns to his apartment to find a stranger waiting for him.  The stranger introduces himself as Tadashi Omura, a former law professor at the Imperial University of Japan.  Inviting himself in, he proceeds to tell Jovert the story of his own adoptive daughter, Fumiko.  Rather than it being a chance meeting, there is a sense of its inevitability.  Much later, Jovert recalls Omura saying of their first meeting:

‘It was preordained.  It was meant to be.  The unfolding I had been waiting for, for so long, had at last begun.’

And for Jovert nothing remains the same again.  As Omura continues his story, explaining his former friendship with the narcissistic writer Katsuo Ikeda, and  how Ikeda’s womanising ends in murder, Jovert reflects on his own past. At this point it becomes clear that the stories Jovert and Omura tell each other fit together in unpredictable ways.

This is not an easy novel but it is an engaging and rewarding one – full of literary allusions, multi-layered, with frequent twists and turns. Lies and false clues are piled one upon the other, and the truth, or some part of it, is only gradually revealed.

Written in a flowing pared-back style in which events and emotions are suggested rather than stated, Henshaw’s choice of words and phrases often imparts a sense of the surreal: stillness is ‘vitreous’, the sky is ‘churlish’, light is ‘cataracted’.  This quality is evident throughout and is often used to reflect the emotional fluctuations of the characters:

‘She wanted to tell him about the changing light, about the horizon line disappearing, about the boats floating in the sky.  But the sun had moved on.  The dark horizon had returned.  The world had been cantilevered back into place.’

There is also a sensuousness and a poetic quality to the writing evident in the setting of many of the scenes­ ‒ the snowy mountains,  the laying out of the new season’s kimonos in the snow for the colours to set, water gardens ‒ all reminiscent of the aesthetic of Japanese prints. It is therefore surprising to learn that Henshaw has never been to Japan, although for many years he was a senior curator for prints at the National Gallery of Australia.

In essence, the book is both psychological mystery and  philosophical puzzle and many questions still remain after the final revelation .  Moving seamlessly backwards and forwards in time and place, from Paris to Japan to Algiers and back to Paris, it is about lies and the unreliability of memory, both in the stories we tell about ourselves and also about others ‒ the elusiveness of the truth.  Secrets, deception, betrayal, guilt, love and loss are all here in the stories  – all skilfully woven together to form part of the rich fabric of the novel.

The ingenuity in the construction of Henshaw’s narrative mirrors the Japanese puzzles so loved by Omura’s father.  Indeed, these puzzles can be viewed as a metaphor for the book:

‘…so cunningly made that they have either an infinite number of solutions or solutions which are mutually contradictory.’

‘…Some pieces are small, others large, but all are calculated to deceive…In our tradition, how a puzzle is made, and how it is solved, reveals some greater truth about the world.’

Twenty-six years after the publication of his first book the best-seller Out of the Line of Fire (1988),  The Snow Kimono  (2014) appeared.  In between Henshaw wrote a slim bilingual work in French and English, Last Thoughts of a Dead Man(1990) and two commercial thrillers co-written with John Clanchy under the pseudonym  J.M. Calder. Celebrated as a novelist in his native Australia, it seems that Henshaw is less well-known elsewhere, perhaps because he is not a prolific writer.  But this novel is certainly  well worth reading and re-reading.

‘Gripping…each chapter builds on the one before, unfolding through levels of story to unpack deeper and deeper truths.’ The Guardian

‘Stunning and hypnotic…You won’t read another novel like The Snow Kimono this year, or perhaps for many years to come.’ Asian Review of Books